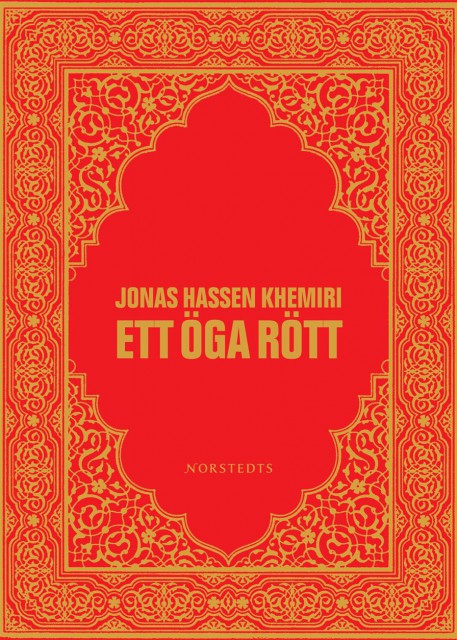 Halim has seen the light. He has realised why intellectuals are similar to limping camels. He has seen through the Integration scheme. Unfortunately he has also seen through his father, who has abandoned the Revolution, blocked out the memory of Halim’s deceased mother and now only speaks about the importance of blending in.

But Halim has a secret plan: through his diary we follow his quest to become a ‘Thought Sultan,’ someone who never adjusts to the demands of mainstream society.

Told in Halim’s jubilantly rhythmic and consciously accented Swedish, Ett öga rött (One Eye Red) is a tour de force of stylistic bravado and narrative inventiveness that frames the experience of a young man’s alienation in a way that is at once humorous and painful.

Widely believed to be one of the most notable books written in Sweden in the past decade, One Eye Red won the Borås Tidning Award for Best Literary Debut and became the best-selling paperback, any category, in Sweden in 2004 – selling over 200,000 copies. The cult classic became a film in 2007.

“This bildungsroman about a young man in crisis has the makings of a classic.”
– Upsala Nya Tidning (SE)

“I can’t remember the last time a novel made me so euphoric.”
– Arbetaren (SE)

“One Eye Red is a joy to read; captivating and in many places sharp and funny.”
– Svenska Dagbladet (SE)

“One Eye Red is an important debut novel, not just because it fills a void, but because it challenges some of the expectations created by the genre.”
– Expressen (SE)

“The prospect that Halim is intentionally presenting a self-caricature beckons to us throughout the book, opening the door to issues of authenticity and role-playing that extend far beyond its covers.”
– BLM (SE)