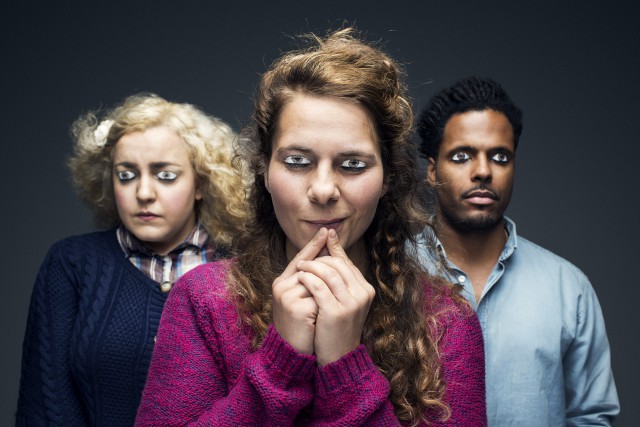 In January, Khemiri’s fourth play Apathy for beginners kicks off its Swedish tour with Riksteatern. 6 very un-apathetic actors portray 34 roles during 90 minutes in towns with exotic names like Västerås, Gävle and Växjö. All in all over 25 cities will get a visit of the play where the Swedish national trauma of apathetic refugee kids is being investigated and turned on its head.

At the same time Invasion!, directed by Michel Didym, tours France and is also played in Brussels where there will be not one but two versions of the play. Didym’s interpretation at the Varia, and Olivier Coyette’s at the Theatre de Poche. Invasion! also premieres in Kassel, Germany. And in Switzerland. And in South Korea!

In February, Khemiri’s third play, The Hundred We Are, which won the Hedda prize for best play in Norway 2010, returns to the Norwegian stage. It can be seen at Det Norska Teatret. Or, if in Stockholm, at Stockholms Stadsteater.

Or – if you have a time machine – at the Gothenburg City theatre where it first premiered in 2009.

In March, Khemiri was one of five European writers invited to write a short play situated in the Hotel Bogota when the Schaubühne arranged this year’s Festival of International New Drama (FIND) in Berlin. At the end of the month Khemiri is taking part in the Abu Dhabi Book Fair, where he will meet readers, do readings and take part in a discussion with Wajahat Ali about the challenges of playwriting.

And: Khemiri’s novel Montecore has been nominated for the LA Times Prize for Best Translation 2011!!! Will it win? Well let’s say that chances of a win are slim. Other nominees include someone named Amos Oz. And another fella named Romain Gary… But we can proudly say that the novel was recently chosen by critics and writers to be one of the top 10 Swedish novels published 2000-2010.

In May Khemiri was invited as a keynote speaker and Artist in Residence at Gustavus Adolphus College in Minnesota. He took part in the Mayday! Peace Conference, gave lectures, met with writing students, attended a lovely reading of Montecore and practiced his very weak jump shot. 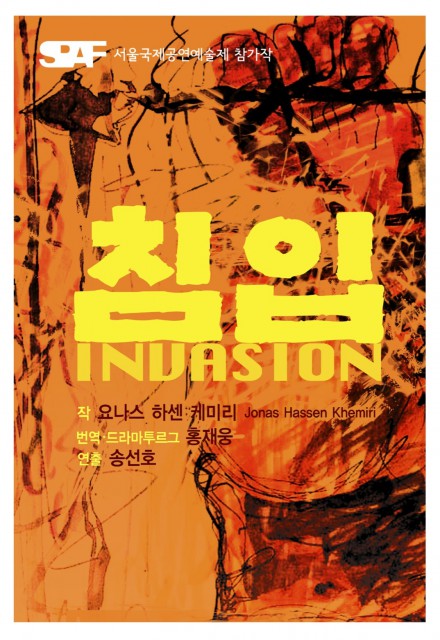 Invasion! continues its tour around the world. Recently performed in South Korea, will soon open in Finland and Spain. In September it was San Francisco’s turn to get a visit by Abulkasem. Evren Odcikin directed the play and Crowded Fire produced it.

In October Khemiri’s latest novel I Call My Brothers, was released in Sweden, to great acclaim. According to the writer it is a short voice-driven novel about “police, paranoia and periodic tables”.

Invasion! premiered in Finland on the 15th of November. In December Khemiri attended a reading of The Hundred We Are at the Théatre Ouvert in Paris and lectured at the Sorbonne (en français? beh oui!).