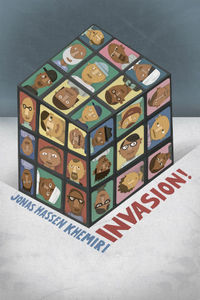 January was the month in which the adaption of I Call My Brothers, directed by Farnaz Arbabi, premiered as a play in Malmö to a raving response. The production was chosen to participate in the Swedish theatre biennale and toured 30 Swedish cities.

February: The author Adam Thirlwell asked a bunch of writers (69 to be exact) to start out with a text in one language and then translate slash rewrite it into another language. The result was published in issue 42 of McSweeneys and became a sort of impenetrable whispering-game-echo-chamber where lots of languages intermingle and international welterweights (Khemiri) are mixed with literary heavyweights (Coetzee – Z Smith – Hemon – Eggers). It also became a book: 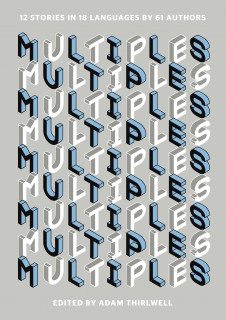 Apathy For Beginners, Khemiri’s fourth play, directed by Sara Giese, premiered at Stockholm Stadsteater on February 16. Due to very positive reviews tickets were quickly sold out and extra shows added later this spring.

In March Khemiri started appearing as a regular feature of Sweden’s main literary TV-show Babel. Each week Khemiri is sent out to do an internship, he investigates a linguistic setting and tries to write a text. If all goes well Khemiri will have visited twelve locations and written twelve texts by the end of the season. So far he has tried being an atheist priest, a leftleaning conservative and a confused philosopher.

In April Khemiri’s open letter to Sweden’s Minister for Justice Beatrice Ask made history as the most shared article ever in Sweden. The open letter soon became a hashtag on Twitter (#bästabeatrice) where people shared their stories of oppression, this became international news – Al Jazeera and Global Post wrote about REVA and discrimination. Khemiri remixed the article for US readers and on April 20 it was published in New York Times+International Herald Tribune. The original text was translated into English by Asymptote Journal, French by Courrier International, Italian by Corriere Della Sera, German by Theater Heute and Finnish by Aamulehti.

I Call My Brothers performed at the Arcola Theatre in London (April 25th-27th) as a part of the project Europe Now. It also performed at the Swedish Biennale in May 2013, and was published in the German magazine Theater Heute in July.

Silk Road Rising premiered a Chicago version of Invasion! in August. A strange reviewpublished in Chicago Sun-Times (defending racial profiling) generated an uproar of reactions in social media and an answer by Silk Road Rising founder Jamil Khoury. The struggle continues. On both sides of the Atlantic.

Back in Sweden, Khemiri continues work with the creative writing workshop for people who are living or have experienced living as undocumented migrants. Artikel 14 and No One Is Illegal are co-running the workshop, which takes place at different locations every month. Please contact us at skriv.papperslos@gmail.com if you, or someone you know, are interested in participating.

In October 2013 the play version of I Call My Brothers, had its second Swedish premier, this time it is the audience of Stockholm City Theater that will get the chance to spend 90 minutes inside the paranoid (or not so paranoid?) head of main character Amor. The play also premiered in Norway and Berlin.