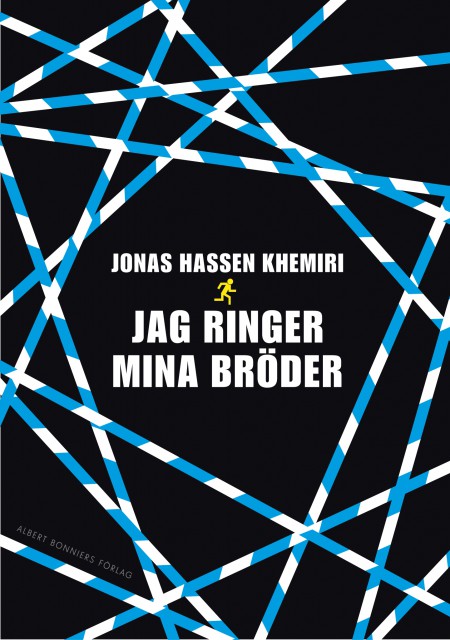 A car has exploded in central Stockholm. Words like “suicide bomber” and “terrorist” flash by on the news and burst into people’s consciousness. Amor wanders the streets. He has a mission – to replace a broken drill for his cousin – but he is shaken by this new paranoid city where police fill the streets. Act normally, he tells himself. But what does normal mean? Who is a potential suspect? And doesn’t it feel like all eyes are on him?

During the course of twenty-four intense hours, we see the world through Amor’s nervously flickering eyes. Sometimes it is difficult to know what is actually happening and what is only the creation of Amor’s increasingly feverish mind.

I Call My Brothers is a slim yet irrepressibly potent novel about what happens when paranoia seeps into our blood and makes us see ourselves and others differently. Narrated in a rapid-fire prose that is impossible to put down, I Call My Brothers forces the reader to confront our impulse to divide the world up into us and them. Who are they? Who are we? And is our fear a self-fulfilling prophecy? 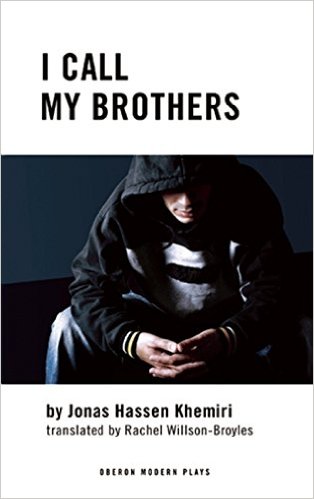 I Call My Brothers began as an essay published in Dagens Nyheter in December 2010, one week after a suicide bombing in central Stockholm that shook the nation. The book was published to great acclaim and later became a lauded play that toured Sweden with Riksteatern in 2013 and premiered in New York in January 2013.

“He is one of the foremost authors of his generation. (…) With I Call My Brothers, Khemiri proves that he just gets better and better.”
– Sydsvenskan (SE)

“This is Khemiri and therefore very skillfully done. He has perfect pitch when it comes to dialogue, and when he stays entirely within quotation marks, his writing becomes absolutely brilliant.”
– Dagens Nyheter (SE)

“It is a fantastic book. The words are ejected as sounds: cell phone signals, the hum of traffic, sirens, footsteps. You want to read it out loud.”
– Kulturnyheterna SVT (Swedish Television)

“With I Call My Brothers Jonas Hassen Khemiri firmly underscores his position as one of Sweden’s greatest linguistic equilibrists and the most clever observer of the relationship between identity and society in contemporary literature. Hurray for this. (…) During times when the Sweden Democrats are gaining in poll after poll, one wonders whether this book should not be delivered for free in all mailboxes. It may be that words are never innocent. But at least they can make a difference.”
– Expressen (SE)

“From a larger national perspective, and eventually also an international one, this micro-political bomb is an incredibly important contribution to the literary debate. What can literature do about inequalities in the world? How can it call to action? Inform? Can literature once again climb up on the barricades? Can we begin talking about progressive authors who both write and act politically in the way that Camus, Sartre, De Beauvoir, and Duras did during the ideological storms of the 50s, 60s and 70s? We are not yet there. But Jonas Hassen Khemiri’s book is definitely a step in that direction.”
– Göteborgs-Posten (SE)