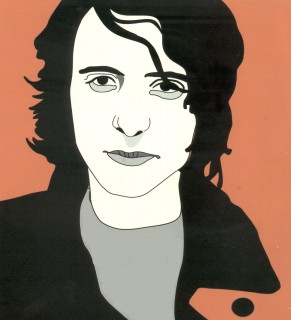 Jonas Hassen Khemiri is the author of five novels, six plays, and a collection of plays, essays, and short stories. His first novel, One Eye Red (Ett öga rött), received the Borås Tidning Award for Best Literary Debut Novel and became the bestselling paperback in Sweden of any category in 2004.

Khemiri’s second novel, Montecore: The Silence of the Tiger, was published to rave reviews and was awarded the prestigious P.O. Enquist Literary Prize, won Swedish Radio’s Award for Best Novel, and was nominated for the August Award. Upon its US publication by Alfred A Knopf, The New York Times Book Review dubbed the novel “wondrous.”

Everything I Don’t Remember (Allt jag inte minns), Khemiri’s greatly anticipated fourth novel, was published in 2015 and received the August Prize, Sweden’s highest literary honor. The Family Clause (Pappaklausulen) was published by FSG in the US in 2020. It was longlisted for the Pen America Literary Awards and chosen as a finalist for the National Book Award.

Khemiri’s novels have been translated into over thirty languages. He is also a celebrated playwright, whose six plays have been performed by over hundred international companies on stages from Stockholm to Berlin to New York to London. He was awarded a Village Voice Obie Award for his first play Invasion!, which premiered in New York in 2011. The second play God Times Five toured Sweden and the third play The Hundred We Are received the Hedda Award for best play in Norway. Khemiri’s most recent play ≈[Almost Equal To] premiered at Dramaten in Stockholm in October 2014 to raving reviews. It has been performed in Germany, Norway, Iceland and the US.

In 2013, Khemiri’s open letter to the Swedish Minister of Justice in response to the controversial police project REVA, which was first published in Dagens Nyheter, rapidly became one of the most shared articles on social media in Swedish history. The article was later translated into over a dozen languages and published in newspapers around the world, including in The New York Times. In 2017, Khemiri became the first Swedish writer to have a short story published in the New Yorker and in 2021 Khemiri moved to NYC with his family to write a new novel The New York Public Library, as a Cullman Fellow. He teaches in the creative writing program at NYU.

With his inventive literary acrobatics and his unwavering social pathos, Jonas Hassen Khemiri is constantly reinventing himself and what language can do – both on the page and in society at large.

Jonas Hassen Khemiri has written six books and seven plays. Based in NYC. Teaches at NYU. Currently writing a new novel at NYPL.

The self portraits say: