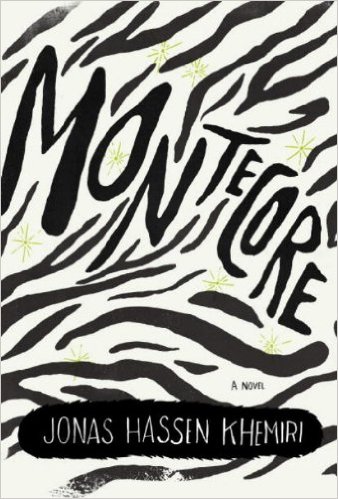 Khemiri’s second novel Montecore has been published by Knopf in the US. And with perfect timing the Play Company performs Khemiri’s first play Invasion! in New York.

The book was listed as a New York Times Editor’s Choice!

“To those whose experience of Swedish fiction has been as bleak as Nordic winter, Montecore arrives as a sunny revelation. An exuberant account…the novel in fact challenges assumptions about Swedish identity…[A] rollicking tale.” /Barnes & Noble

The play was chosen as a New York Times Critics Pick!

“If you’ve ever wished somebody would write a razor-sharp play anatomizing lazy paranoia about the Middle East―somebody has.” /The Village Voice

“Ask no more questions. Do not hesitate. This is without a doubt one of the best plays I have seen this entire season – and that includes Broadway, Off-Broadway and Off-Off-Broadway. It’s an extremely intelligent, linguistically complex, politically charged, attention grabbing, rapid-fire tour de force for each of its 75 sharply written, cunningly directed, and superbly acted and deliciously well received minutes.” /New York NearSay

“one of the best social commentaries in dramatic form of the past few years, and you owe it to yourself to see it as soon as you can.” /CurtainUp

“in the hands of director Erica Schmidt and in the voices and interpretative moments of all four ensemble actors, this play is funny, sad, and thoroughly engaging.” /Berkshire Fine Arts

“this is a high-energy, often hectic experience, with theatrical and political ideas bouncing off each other like pinballs.” /Backstage

“Snarky and subversive, Invasion! hits home without pulling punches (…) truly remarkable production (..) whip-smart and deftly dealt production and a must see for anyone who’s sick of America’s political dead weight and the present dramatic doldrums.” /Theasy.com

“exceptionally put together by the playwright who has entertainment as well as enlightenment of some very serious subject matter on his mind (…) the perfect production to wake you from those winter doldrums.” /OscarMoore.com

“When you’re in the hands of totally confident, committed theatre artists – well, there’s nothing like it. (…) The Play Company finds relatively unknown contemporary international playwrights with something to say. This is one of their best finds yet.” /Lighting&Soundamerica

A recent Time Out review of the British production of the play can be found here.